Latvia, one of the three Baltic states, only became independent from the Russian occupation in 1990, during the 2nd world war the country was invaded by the Germans. The presence of foreign forces for such a long period of time still leaves tracks in the national soul and in the way citizenship is understood. In 2004 its 3 million inhabitants became Europeans. Many people are leaving their beautiful home-country to find better conditions elsewhere. In 1990 the country had 3,7 million inhabitants, in 2020 there were 2,8 million left. The economical prognosis for the country is not optimistic, so there are things needed to be done quickly.

But Latvia has also many encouraged inhabitants, who want to change things for the better and take things in their own hands. One of them is Aija Lasmane, activist for the ECI UBI. She tells us about the challenges to earn a living in Latvia, the social security system and her attempts to inform her fellow citizens about the Unconditional Basic Income.

Aija, how is the situation regarding social benefits in your country? Why would your country need the UBI?

Data compiled by the State Social Insurance Agency (SSIA) for the 1st quarter of this year reveal that 72,96% of pensioners receive a pension less than or equal to the at-risk-of-poverty threshold (€ 441), 25.116 pensioners received a pension of € 110, which is one euro more than GMI.

The amount of the minimum pension and benefits will be reviewed at least every three years, which also means that these amounts may not change from year to year.
Shocking, isn't it?

The minimum wage in 2021 is set at € 500 before taxes, and it will already fall into the employee's account below the at-risk-of-poverty threshold. If a personal income tax-free minimum of € 300 is applied, the employee will receive € 418 on hand, but if for some reason the non-taxable minimum is not applied, then € 358 respectively. Of course, after submitting the Annual Declaration, the overpaid taxes will be recovered, but this will take place after the first quarter of next year within three months.

However, it should be borne in mind that, according to statistics, the at-risk-of-poverty threshold in 2019 (data not yet available for 2020) was € 441, so there is no question of recognizing the GMI, the minimum old-age and invalidity pensions and the minimum wage in accordance with human dignity.

Unemployment benefit is calculated in accordance with the general procedure if the State social insurance contributions have been paid for the employee for at least 12 months in a 16-month period. The benefit is determined according to the length of work experience.

Assume that the employee's length of work experience is 25 years, in 12 months the average salary was 500 euros, then the calculated unemployment benefit will be 300 euros. It will be paid in the following amounts:

How people can survive with such a "benefit" is another matter.

From the 1st of July 2021, principles for granting housing benefit will be determined in Latvia, determining the procedure for calculation and payment of housing benefit. The amount is calculated as the difference between the sum of the guaranteed minimum income (GMI -     € 109) for the household and the actual expenditure and the total income (utilities) of the household (all living in the household).

Aija: The population seems to be divided into two main groups, one who quickly perceives and supports the idea of ​​the UBI, and the other who view it with suspicion and scepticism as comparing the UBI to the communist system. The first are most often low-income people, or who are in a precarious situation, self-employed, or who do not see a quick way out of the country's economic stagnation.

The others usually ask the question: why should we pay for someone who is lazy and does not want to work? There are also sceptics in the middle who are not sure how we can afford UBI, because it is so expensive, but our budget cannot already provide a decent salary for those working in medicine, the police, and schools (universities). One of my friends once asked, "But can we afford it?" I answered very convincingly, “Yes!” Nothing else, and she immediately signed the ECI-UBI. She didn't even need an explanation of how this would be done; the main thing was that someone would confirm that UBI is affordable.

It must be borne in mind that we have been occupied for 50 long years, during which two generations have grown up. We have been taught that we must not think differently from the ideological leadership of the state, we must not show initiative, we are passive. We are also afraid of anything that is somewhat reminiscent of the socialist system, because we have suffered enormous trauma - just like people who have experienced physical or emotionally violent relationships. This trauma still holds us all under control, only it manifests itself differently. There are people who endure the situation, they find themselves in and do not fight it; there are people who simply go to another country because everything is better there. Only a few change the situation and they have to feel the contemptuous attitude of power.

In Latvia very few know and understand what UBI is. That is why our association applied for a grant, and miraculously received it. The grant received from the Iceland, Liechtenstein and Norway Foundation, managed by the Active Citizens' Fund, allows us to prepare a series of articles on UBI with at least twelve articles on various topics dealing with unconditional basic income and its impact on social rights and security, justice, poverty and inequality, work and self-employment, health, education, green transformation, robotics and automation, economic activity, democracy and the rule of law, how the UBI is in line with EU objectives and values, The Charter of Fundamental Rights and The 20 principles of the European Pillar of Social Rights, on the Conference on the Future of Europe, etc. themes. The first introductory article has just been prepared.

Are political parties in Latvia supporting the UBI? If yes, which ones and what is their motivation?

Aija: So far, only one party, the Latvian Social Democratic Workers' Party (LSDSP), has publicly expressed support for UBI, and in this case it is only about UBI during the pandemic. I quote: "The 49th Congress of the LSDSP recalls the party's repeated attention to the possibility of introducing an unconditional income system during the pandemic, which envisages receiving 250 euros per month for each adult member of society and an additional 50 euros per month for each child." LSDSP is not among the popular parties.

LSDSP leader Jānis Dinevičs published an article about ECI-UBI in the newspaper "Latvijas Avīze", but it did not cause a large increase in signatures in support of the initiative.

I regularly send information to the deputies of the Latvian Saeima (Lativan parliarment), but so far I have not provided public (oral or written) support. Only one of the Saeima deputies has accepted the friendship to the Facebook project account Beznosacījuma Pamatienākumi.

We've created a Facebook page, and so far it has only three followers. By the end of the project, the number of followers from Latvia should increase to at least 100.

How and also why are you involved in projects and activities promoting UBI?

Aija: I first found out about UBI only in 2017, when national television translated a film by Christian Tod "Free Lunch Society". I was surprised that Europe talks about such a topic, and then I started reading one article after another, watching one video after another, until I became so knowledgeable in those few years that I could talk about it from different angles. The most difficult thing for me is to explain how the UBI will be financed (this question is always asked) because I do not feel confident in my answers. May be it will be provided by taxes, but maybe a new money system will be created. Anyways, as Christine Lagarde, President of the European Central Bank, said, "The euro system will always be able to generate additional liquidity as needed so by definition it will neither go bankrupt nor run out of money."

I am involved in ECI-UBI because I see UBI as an integral part of the future. We need a financial basis that gives us choice. UBI has huge potential, and given the environmental and economic changes, the introduction of UBI would make it possible to mitigate them. I see no other way.

At present, there is little respect for social rights and the Labour Law in Latvia, there are very weak trade unions, they mostly operate in state-owned enterprises, but in the private sector, business owners do not take into account legal norms. Unemployment is relatively high, and if an employee does not agree with the employer, it is easy to dismiss him or her. No one who has a job wants to lose it under the present circumstances.

Aija: The introduction of UBI is in line with the order of natural things - it balances relationships and provides a basis for life.

Any additional subject regarding UBI and your country you would like to mention:

Aija: The UBI team is just starting to take shape, because so far I have been working on my own, supported by family and friends. We all seem to lack the time to do everything we intended, it takes time.

I hope that there will be changes in Latvia, but most likely they will come from the European Union, so I use this time to inform about the UBI, the initiative, The 20 principles of the European Pillar of Social Rights and the Conference on the Future of Europe, as these are the tools through which each of us can make a difference. In a peaceful way.

Aija with her optimistic look into Latvia’s future with UBI

Thanks to Aija for her precious work in Lativia! Even if there are still only a few activists, she does not lose her spirit and her energy to fight for UBI. If you are also convinced of UBI being the right path into the future for Latvians and you have contacts in this beautiful country, please help Aija to raise a strong group of supporters!

And don't forget to support our raffle UBI4ALL and the ECI and then spread the news!

Aija and her friends – teachers of Latvian language Anita Ļustika (from left) and Ieva Bargā, and journalist Ilze Brinkmane, at improvised plein air at Vecdaugava nature reserve, Riga. All - supporters of ECI UBI. 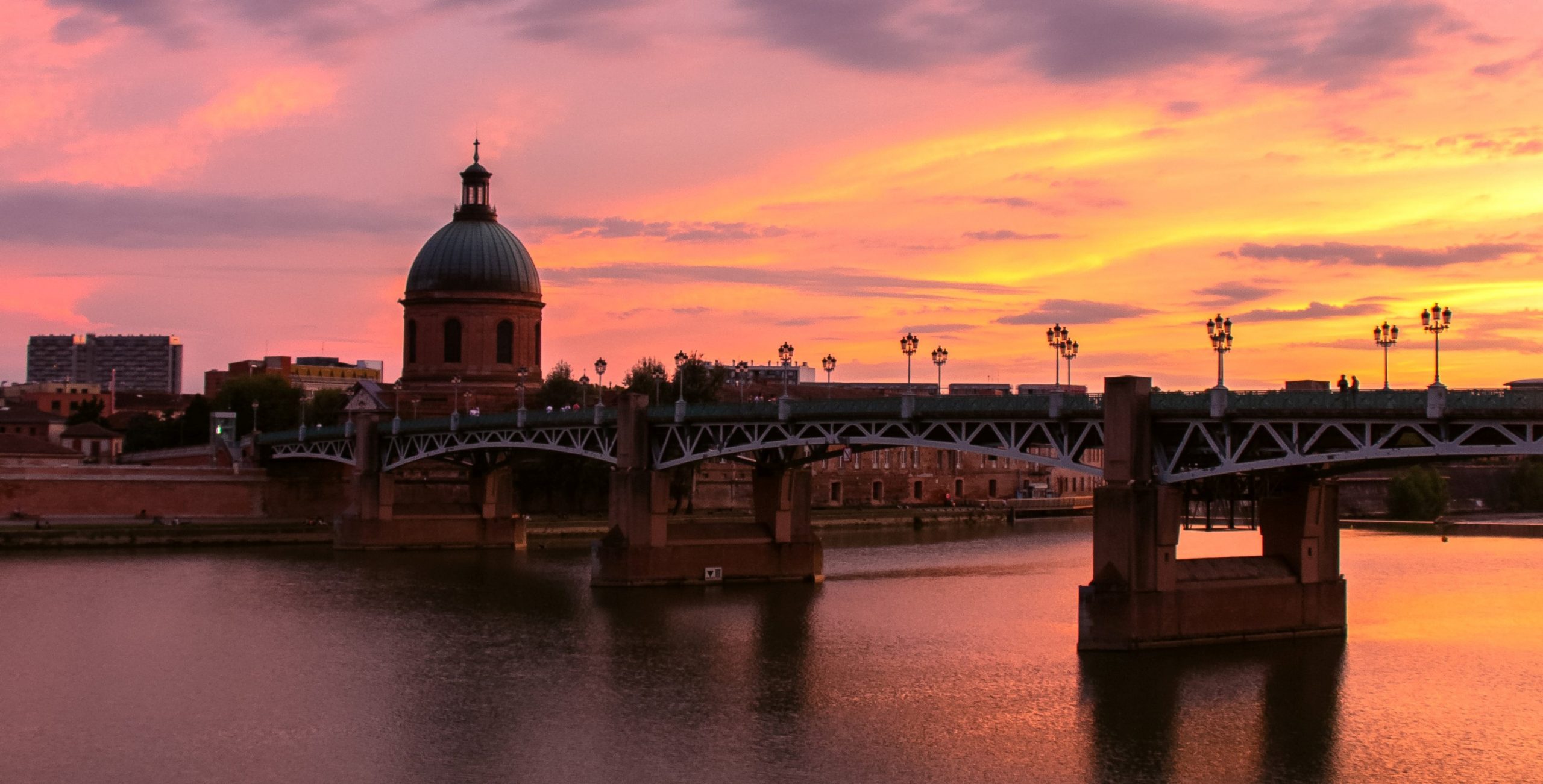 Maybe you have already “met” Lucie, the French pharmacy student and winner of our first UBI4ALL, in our social media channels (Facebook, Instagram). We will accompany her during her one year with UBI and see how and if a guaranteed financial basis will influence her life, namely her career and personal situation. And we will keep you updated on her story.