2020 has been a very busy year for UBI advocates. The topic of the year – Covid19 – fuelled the discussions about UBI. People learned that their self-made prosperity can quickly get under pressure when the environment is changing. Especially in the first half of 2020 many petitions for UBI came up and the press was full of articles, more pro than con. In this period of changes people begin to think of alternatives to our existing system and about the positive effects of UBI. Many activities, projects and discussions were started.

So, what happened where?

Austria: Start of the referendum "Bedingungsloses Grundeinkommen" in February, 50.000 signatures until December (100.000 needed). The referendum will be finalized by end of 2021.

Germany: Very successful petition from Tonia Merz for an emergency basic income with nearly 500.000 signatures. Made it to be discussed in the German Federal Parliament.
The Green Party includes the idea of a Universal Basic Income in their party program.
DIW Berlin and the association Mein Grundeinkommen started a pilot project, the biggest to date in Germany, to do research on how UBI will change society.

Greece: The major achievement for 2020 was to establish a great team of volunteers for UBI. This team created promotional video, articles and press releases that reached thousands of people through social media and mainstream media. These actions led to collecting 44% of the signatures needed for the European Citizens' Initiative in just 3 months. The discussion about UBI in Greece has opened and got spread widely.

Portugal: The Portuguese steering group of the ECI organized a summer school on Basic Income, fostering the debate on how UBI could help mitigate poverty, increase Portuguese freedom and how we could finance it. Francisco Guerreiro, one of our European Parliament representatives is also pushing the agenda of UBI in Europe, but also in Portugal, hoping to see a pilot in the country. The year also saw the left-wing party Livre proposing a UBI to tackle the covid19 emergency. The petition started in April and gathered 7000 signatures in a little more than a month. 2020 is finishing with the results of a survey conducted by YuGov and Movemos Europa, reporting that Portuguese people are the most supportive of a Basic Income – nearly 80% would support a government UBI Pilot.

Slovenia: Within only two months the activists in fb group Universal basic income UBI (Univerzalni temeljni dohodek UTD) managed to get 5.648 (0,3% of the Slovenian population) people to sign for a European UBI and supported the European Citizen Initiative.

The Netherlands: This year a manifestation was held in the centre of Amsterdam to inform the citizens about UBI. It was followed up by some daily newspapers which published articles. The Dutch organisation team is working with great effort to further provide information and create attention for the idea of UBI (www.basisinkomen.nl).

Europe: On September 25th the European Citizen Initiative for Unconditional Basic Incomes (ECI)throughout Europe started. 28 countries participate in collecting signatures and present them to the EU commission. “We request the EU Commission to make a proposal for unconditional basic incomes throughout the EU, which reduce regional disparities in order to strengthen the economic, social and territorial cohesion in the EU.”
The UBI4ALL project is helping to promote the ECI and raffles off the sum of € 9.600 (€ 800 p.m. for one year) to winners.

Worldwide: Ali Mutlu Köylüoğlu, a passionate UBI activist from Turkey, implemented periodical online-meetings of international UBI advocates from up to 75 countries and all continents. The aim is to enhance communication, interaction and collaboration between organisations and advocates.
In November Pope Francis published his new book “Let Us Dream: The Path to a Better Future” in which he also writes about the Basic Income. He is particularly concerned about a  the fight against poverty in the world: “The Basic Income could transform labour market relations and guarantee people the dignity of being able to refuse employment conditions that would trap them in poverty”

Of course, this is only a tiny spotlight of what really happened in 2020 but it gives an idea of how the UBI community grows and the idea spreads all over the world. It is fascinating to watch a brilliant idea growing bigger and stronger with every post, comment and online-meeting!

Wouldn’t it be a nice New Year’s resolution to engage with UBI? You may start with signing the ECI and your regional petitions and of course spend some Euro to support our raffle project.

Become part of the movement! 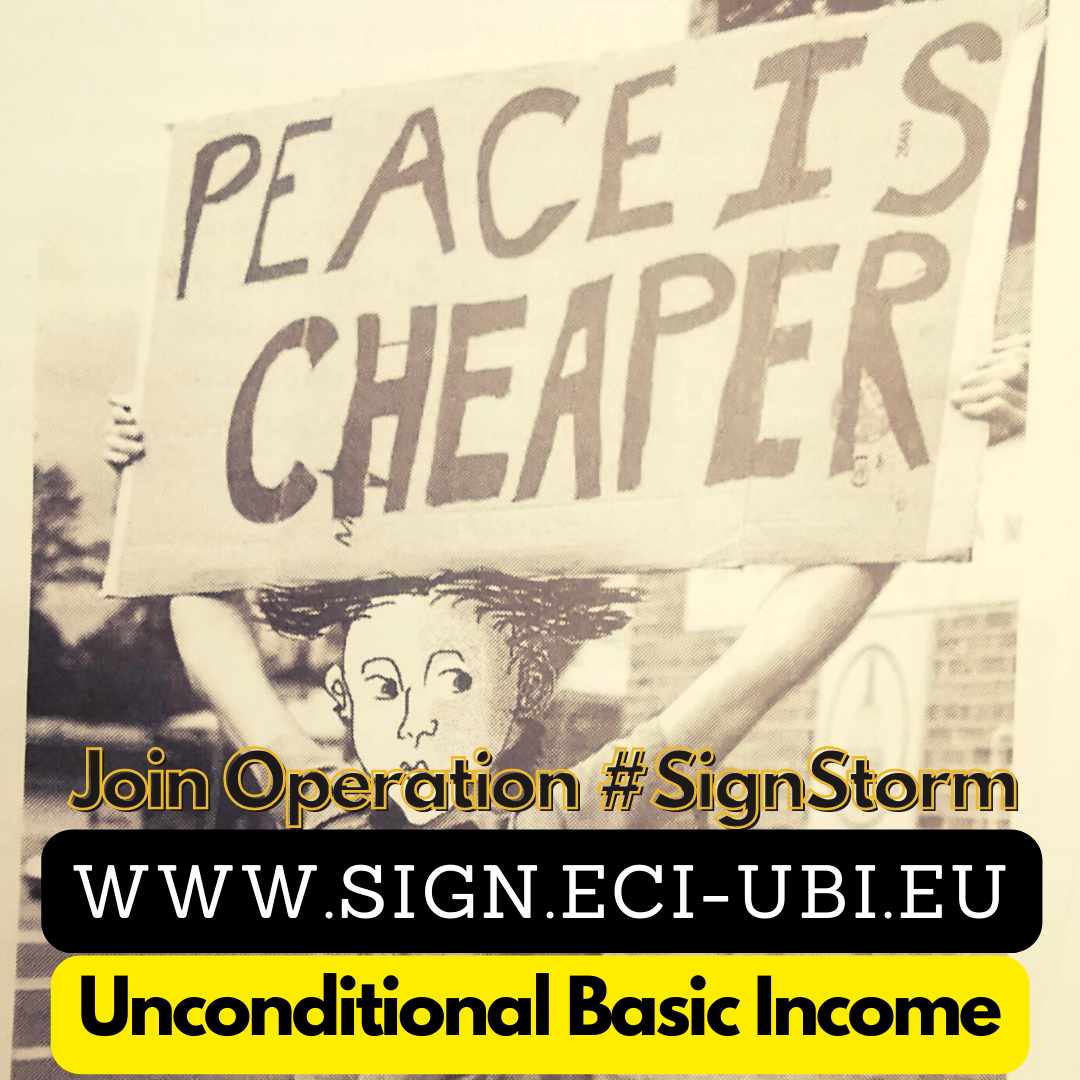 I support UBI4ALL because I am convinced that it provides the support that is needed and releases a lot of creativity. Moreover, it counteracts business models of companies that pay such low wages that their employees still have to top up despite full employment. 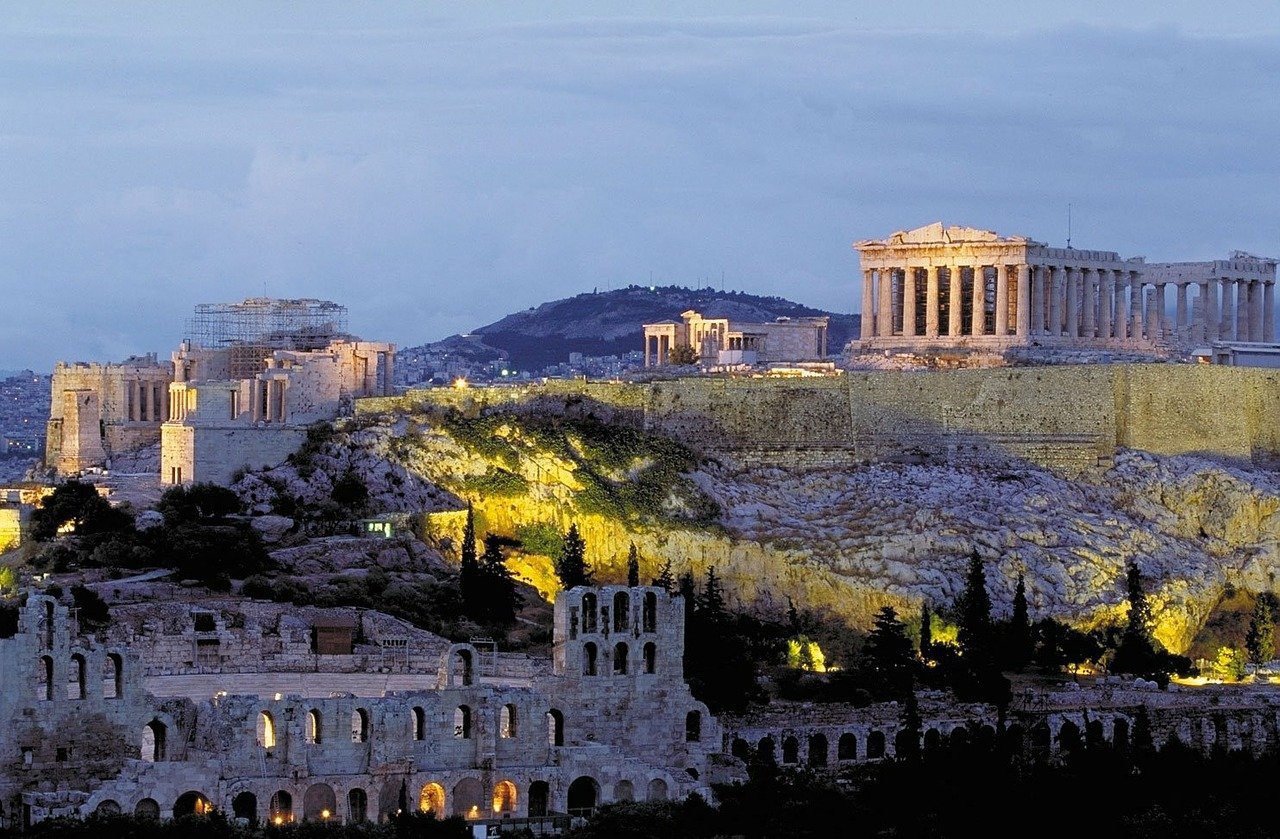 Greece is unfortunately well known as the European country that suffered most from the financial crisis in 2008. Despite the promising development in 2018 it still has not yet recovered fully. In this vulnerability the pandemic hits hard again.